Get a quote
It's time to Go for Gold! Feel like Olympic athletes as you and your team learn all about the Games in actual Olympic venues! Your certified sports coaches will teach you the secrets of the long jump, the shot put, the javelin throw and other Olympic games trivia, before taking part in a race and other team events inside the first modern Olympic Games Stadium!

This is a Corporate Tour

Please contact us for a quote depending
on your group size

You'll begin your Olympic day at the Zappeion, a historic venue in the heart of Athens which served as the world's first Olympic Village. Here, you’ll discover just what role the Ancient Olympics played in the ancient world over the 1,200 years during which they were continuously held! Modern commentators are fond of saying that sports bridges divides and brings people together; at the Zappeion, you'll find out just how old, and true, that idea really is.

You’ll also hear all about how ancient athletes trained in different events and disciplines as the Olympic Games evolved over the centuries. You’ll pick up some fun facts and sports trivia to stump your friends with before moving on to the contemporary history of the Games, which started in Athens in 1896 with the first modern Olympic Games after a hiatus of more than 1,500 years. You’ll get the complete story of this amazing revival, including the vision and international cooperation it required and the lively personalities driving it, while standing in the building that served as the Olympic Village in 1896.

Then it’s time for a little physical exercise. In four different areas around the Zappeion, you’ll head to try some classic techniques for events, such as the long jump, the discus and the javelin throw, and you'll get the chance to practice newer ones, like the shot put and test your knowledge with a fun trivia game around the history of the Olympic Games.

By the time you leave the Zappeion to reach the Panathenaic Stadium, an impressive antique marble structure (and the only stadium in the world made entirely of marble!), you’ll be ready to take part in the most fun and exhilarating games ever, in the very stadium that dates from 566 BC and was rebuilt to serve as the main venue for the first modern Games. It is here that you'll compete in teams, contesting a tug-of-war (believe it or not, an official Olympic event from 1900 to 1920!), a relay race, and various challenges combining athletics, friendly competition, culture, history and Olympic fandom to deliver a truly unforgettable memory of your time in Athens. 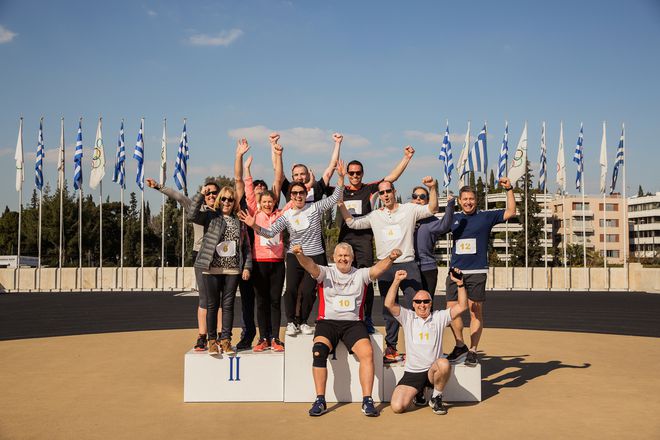 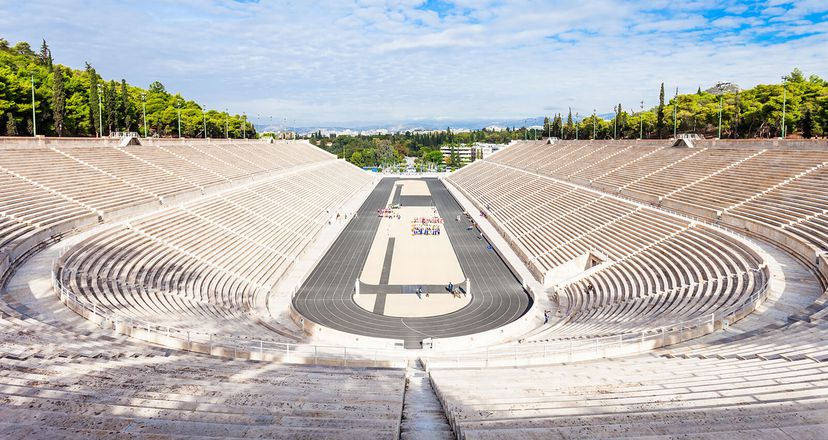 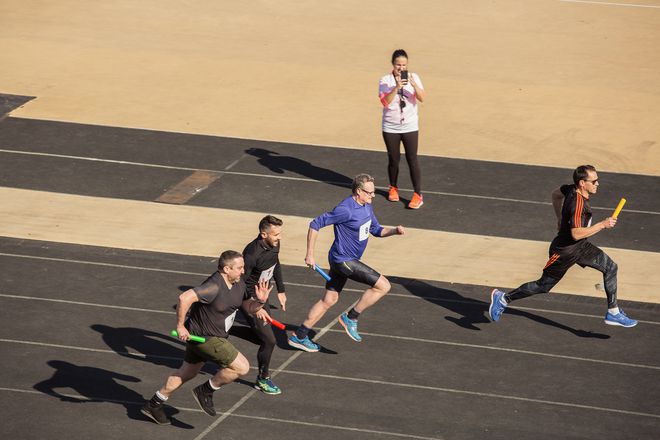 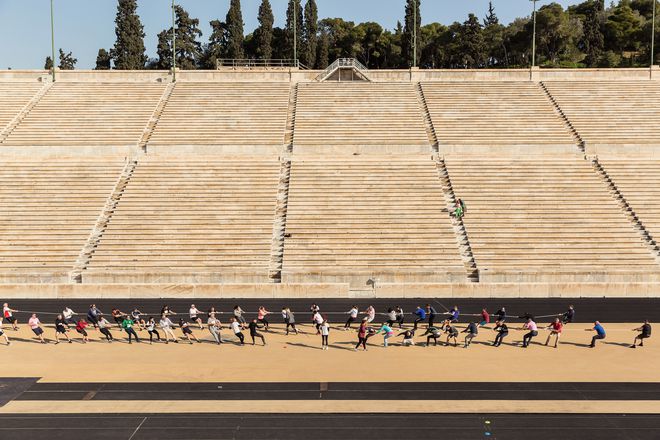 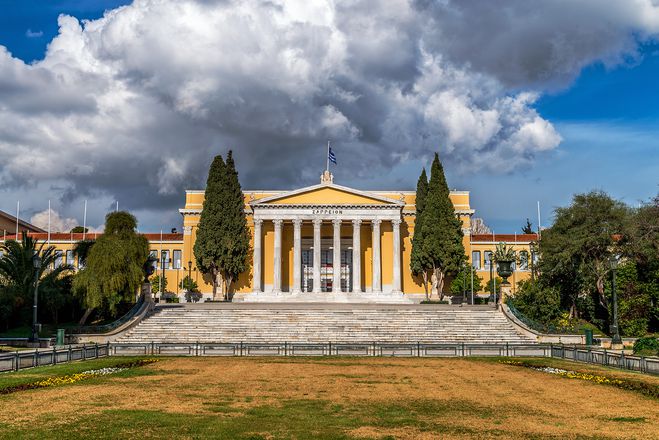 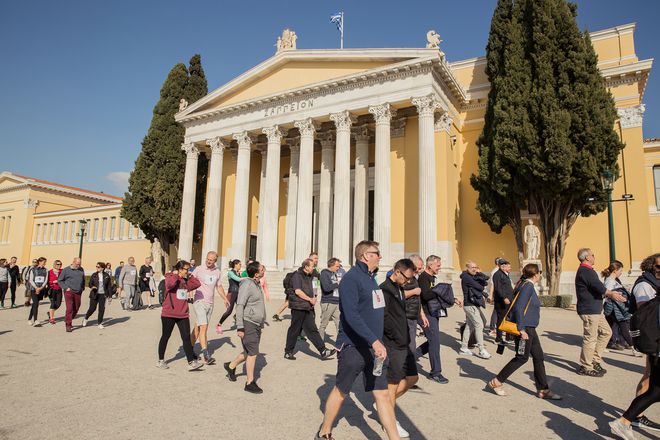 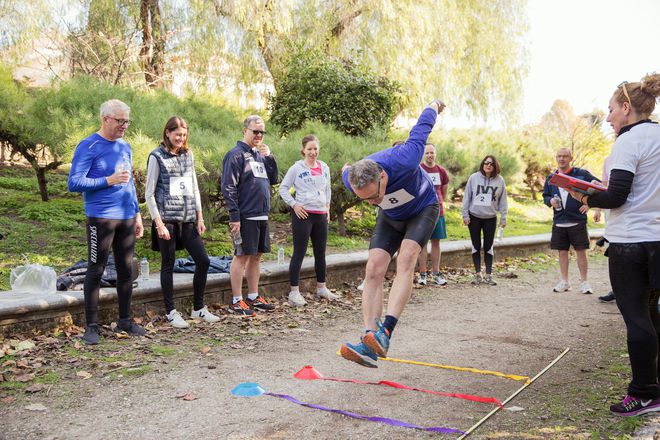 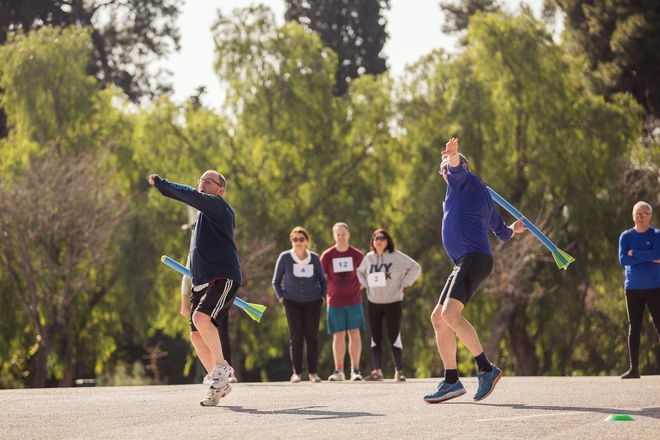 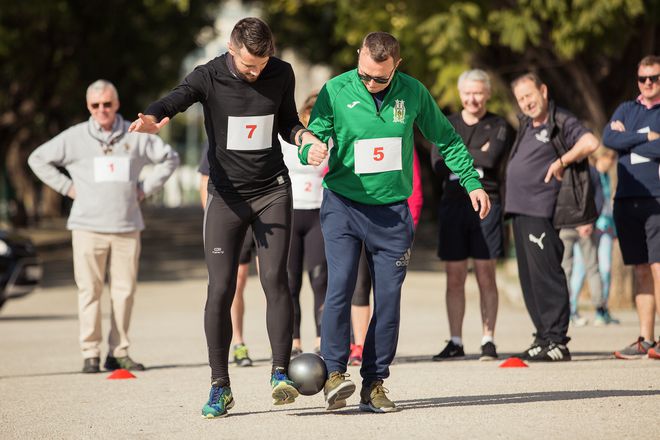 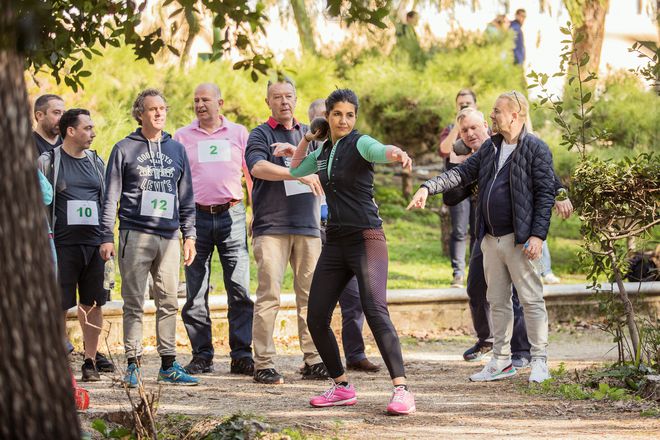 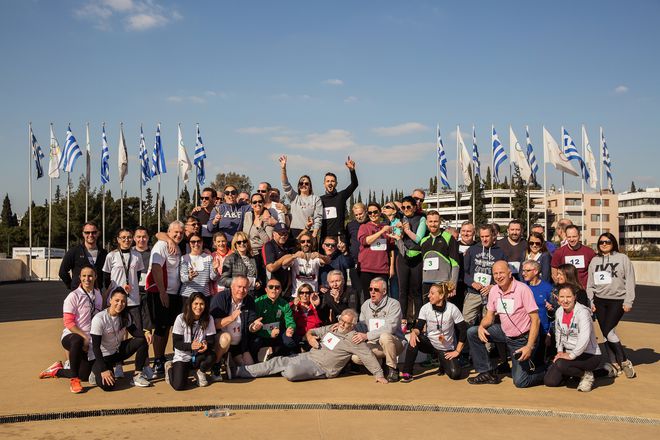 feeling the true spirit of the Games, an enduring celebration of camaraderie, physical effort and teamwork!

Our clients include companies such as:

The Golden Olympian Challenge
Get a quote