Get a quote
Zeus is madly in love, Athena is bearing gifts and Dionysus is drunk again! Circle the Acropolis and see and hear all the gossip – okay, the myths – about the gods of Greece from professional storytellers as you taste authentic Greek items at stops along the way.

This is a Corporate Tour

Please contact us for a quote depending
on your group size

As is proper for the ruler of the gods, Zeus comes first. You’ll hear about him in Plaka, the oldest part of the city. Once a nearly forgotten corner of the modern city, this area is today the tourist center of Athens, with more souvenir shops than you could ever need. In the midst of them, however, are also places that mean a great deal to local residents. It’s in this corner of the city, just a little off the main streets, that you’ll hear about the birth of Zeus, his rise to power over his gruesome father, and his torrid love affair with Europa, the woman who gave her name to an entire continent. You’ll also taste some honey, which, as you’ll find out, was Zeus’ baby food.

On Dionysiou Areopagitou, the marvellous pedestrian street around the Acropolis and the site of two ancient theaters, you’ll hear about Dionysus, god of wine and the theatrical arts. An extremely popular god in Greece and in early Rome, Dionysus eventually fell out of favor with the Romans, who frowned on the excesses associated with celebrating his rites. On this tour, the excesses will be minimal, but of course, we can’t talk about this happy god without raising a glass of red wine.

The last stop on the tour is at Mars Hill, from where there’s an outstanding close-up view of the Propylae of the Acropolis, the gateway to the Sacred Rock. This is the most fitting place possible to hear about goddess Athena, starting with her birth and covering the contest between this remarkable goddess of wisdom and her uncle, the god Poiseidon, for the patronage of the city that would, as a result of her victory, take her name and become Athens. It is because of this contest that the olive tree is forever associated with Athena, and the last of the treats that you’ll receive on this walk will be a small bottle of olive oil, a memento of the day you spent with the gods of Greece in the city that worshipped them for so long. 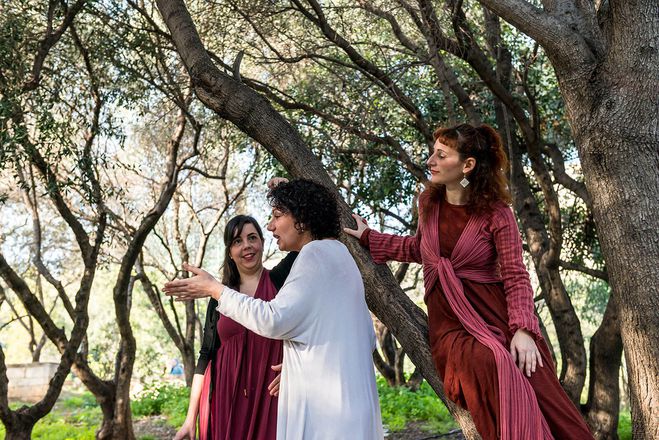 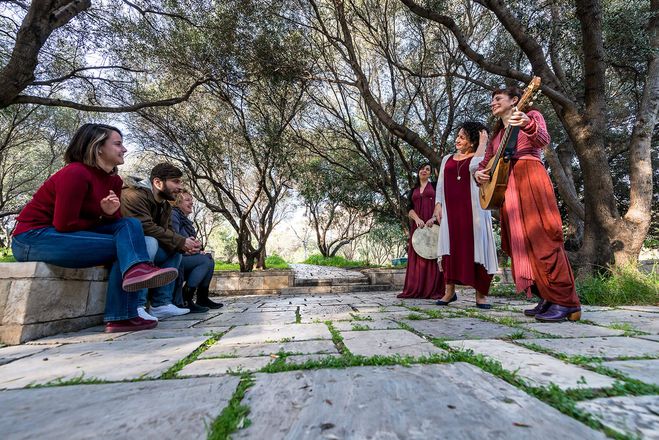 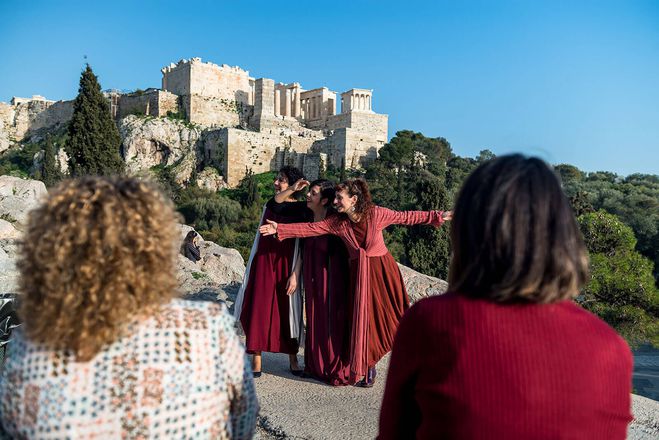 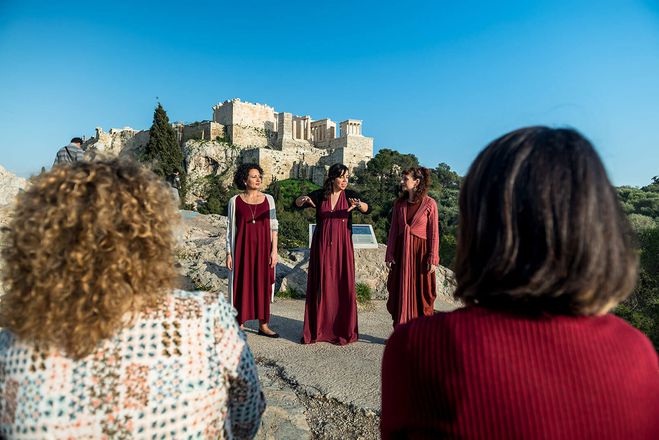 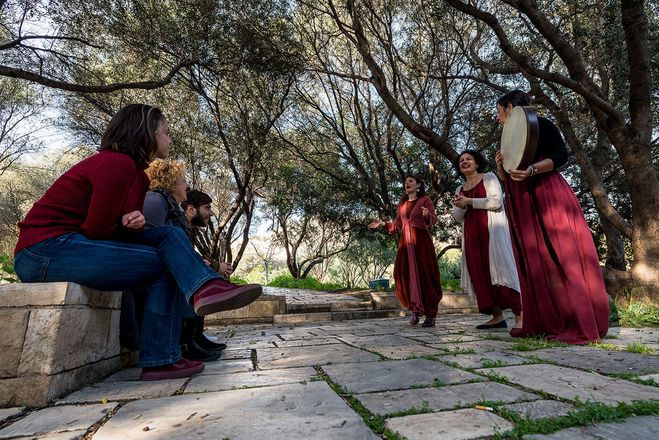 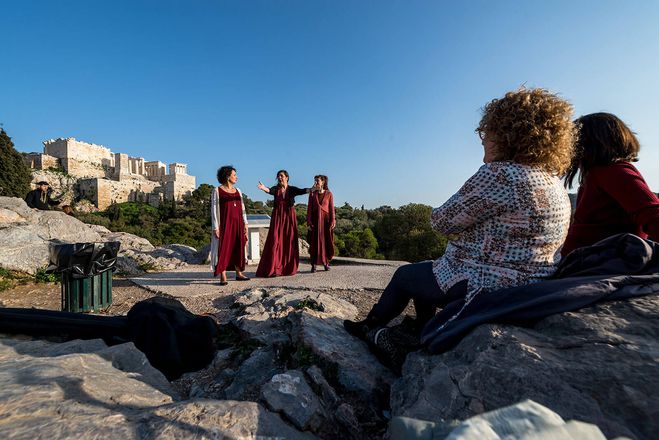 Powerful stories from Ancient Greece performed just for you.

Our clients include companies such as:

Mythology Storytelling Walk
Get a quote